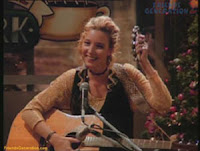 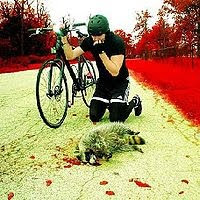 nice try man kaushik ... but the denial twist doesnt hold good . the answer i was looking for is ' Conan O Brian' . He is a harvard graduate and he was one of the initial screen writers for the simpsons . he had a long time ralationship with lisa kudrow who played the part of phoebe buffay. and in his previos show , late night with conan o brian , he once lashed out against meg white . as a truce between them , he appears in the video of the denial twist . the last part of the question was badly framed .. but awesome try man .